Feline Essentials: The Importance of Routine Wellness Care for Cats

Despite what your feline friend tells you, they truly need regular and preventive veterinary care, because without such care, they are left open to a whole host of infectious diseases, behavior issues, periodontal problems, weight issues, and internal and external parasite problems. As your regal feline’s dedicated caretaker, you must ensure your precious pet’s continued good health and well-being. After all, what’s the point in having people around if they aren’t catering to their cat’s every need? To help clarify why kitties need routine veterinary care, let’s look at feline health care from the viewpoint of a Sheba the Siamese cat—a majestic feline who considers herself a descendant from the royal cats of Siam.

Considered a vocal, spoiled cat by her two-legged family members, Sheba the Siamese truly lived up to her royal ancestry. Her humans catered to her every need, and allowed her to get away with most anything that pleased Her Highness. Sheba had ruled her kingdom for eight years, and had not left her territory since she was brought to her domain as a tiny kitten, partly because every attempt to load the yowling Siamese into her carrier was met with failure.

Sheba was so stubborn about leaving her home that her family had long decided to give up on her routine veterinary care. After all, she stayed inside, and she’d received all her kitten vaccinations. Why bother taking a healthy pet to a Billings Animal Family Hospital veterinarian? Well, Sheba and her family learned the hard way why pet owners shouldn’t skimp on preventive care for cats.

Over several weeks, Sheba’s family had discovered multiple wet spots on bedding, couches, rugs, and clothing. They chalked them up to a grudge that Sheba was holding about her less-than-full food dish, assuming she was retaliating by urinating throughout the house. But, when Sheba began draining her water dish and losing weight, her family knew that was not the cause.

Out came the carrier, and away went Sheba to hide behind the couch. Despite her diminished girth, she couldn’t conceal herself, and her family managed to grab her, and stuff her in the carrier. Sheba barely yowled during the trip, a clear indicator she was not feeling her normal spicy self.

During Sheba’s appointment, our team performed a variety of diagnostic tests, and we discovered several issues, including:

What a slew of issues! With all these problems, Sheba needed an extensive amount of veterinary care to return to her normal sassy self. After treating her dental disease and urinary tract infection, we were better able to regulate Sheba’s diabetes, since we weren’t battling multiple diseases that make insulin less effective.

While diabetes is not exactly preventable, routine preventive veterinary care would have kept Sheba in better shape, with a higher quality of life, because we would have caught the disease much earlier. We could have monitored Sheba’s excessive weight gain, and warned the family of the dangers of diabetes, osteoarthritis, urinary problems, and some cancers caused by obesity, thus creating a safe diet plan for their chubby kitty. We also could have closely monitored her oral health, outlining at-home dental care steps, and performing routine dental cleanings to remove tartar below the gumline. Poor Sheba may have been suffering from a broken tooth for years, without her family ever realizing that oral pain was the reason for her picky appetite. With regular wellness care, Sheba may never have developed diabetes, or a urinary tract infection, if the Billings Animal Family Hospital team had regularly monitored her weight. Plus, she likely would not have suffered for so long with a broken tooth and dental disease. As you can see, veterinarians do not provide care only for sick pets—they also work hard to keep them healthy and happy. 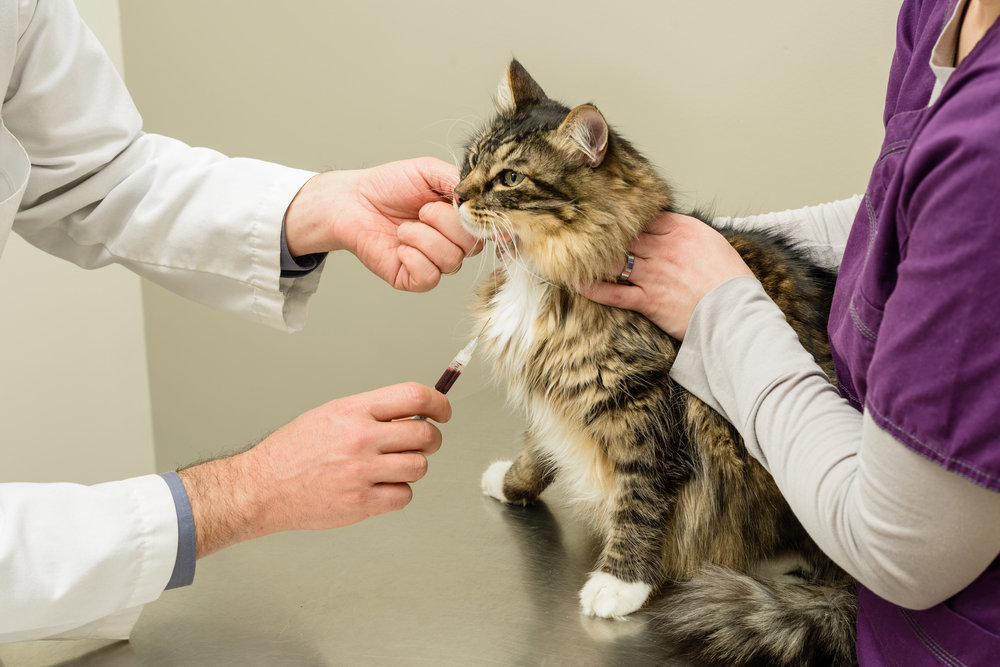 As a feline caretaker, you likely treat your cat like a royal creature. Part of caring for such a majestic animal is ensuring they remain happy and healthy for many years to come. Let the Billings Animal Family Hospital team help you succeed in keeping your cherished cat in tip-top shape through routine wellness care—give us a call, and schedule an appointment.

*Although Sheba was not our real patient, her situation occurs frequently. Many house cats fail to receive routine veterinary care because they hide illness or disease so well, allowing problems to become serious before they’re noticed. Learn from Sheba’s fictional story, and ensure your own furry friend receives annual or biannual wellness care to stay healthy.